Every time she visits, the Princess of Africa is blown away by the love, respect and order she finds in Japan.

FORBES AFRICA meets singer, songwriter, entrepreneur and humanitarian Yvonne Chaka Chaka, fondly called the ‘Princess of Africa’, in her home office in the wealthy suburb of Bryanston in the north of Johannesburg in South Africa.

Framed pictures of her travels and accolades as a musician and humanitarian adorn the walls.

On her desk are a stack of magazines, some of them in Japanese.

One of the covers has Chaka Chaka posing with a mic in one hand, the other held out.

The cover line reads: ‘We love Japan. Hold my hand and we will walk together’.

“I love the Japanese so much and they really love me back,” says Chaka Chaka glancing at the magazine. And she has traveled to Japan too many times to count.

But nothing beats the first time she visited the country.

Ten years ago, she was invited to attend the Tokyo International Conference on African Development (TICAD).

Traveling from the City of Gold, Johannesburg, to high-tech Tokyo, she could immediately tell she had entered brand-new territory.

The language, the food, the cultures were so different.

“Japan is just too nice. There are so many people but it is so clean,” says Chaka Chaka.

“I remember my first time when one of the organizations that we worked with, wanted me to go to a place called Kamaishi, where there was an earthquake and I agreed and said that’s fine,” she says.

Little did she know it was going to be a trip she would never forget. She traveled with her humanitarian advisor.

“So we got to the station and I saw people with suitcases and I don’t like carrying suitcases. So we did and we got onto the platform and it’s just packed and packed.

“The station there is like the airport, it’s massive but with more people on the trains. It’s like hundreds of platforms and ‘I’m like, I don’t want to be here’.”

They were about to board the Shinkansen, Japan’s high-speed railway, which is a bullet train.
To her surprise, it exceeded her expectations.

“We got into the train and the order!” she now exclaims.

“There’s so much order it hurts.”

“When the train comes, it stops right here and people queue, there’s no chaos.”

Chaka Chaka watched in awe as everyone waited in a line.

“Arigato gozaimasu [thank you],” she hears some of the staff say to the passengers and bow in respect.

“You know that bending, it shows the love and respect. Everything is just respect, order, cleanliness and meticulous. The Japanese are so meticulous and there’s a lot that we can learn,” says the singer.

During her trip, she also visited Kumamoto which is a city on the Japanese island of Kyushu. They were just recovering from heavy rainfall that had caused floods and landslides. 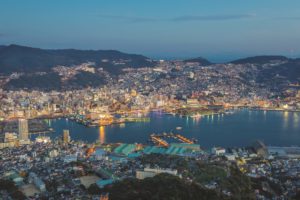 Sunset views of Japan and of the scenic mountains 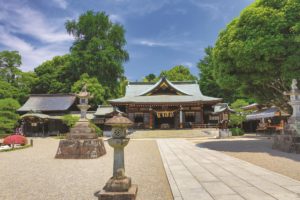 A Shrine in Kumamoto, Japan.

“Families were staying in makeshift houses and parents brought their kids to a place where I was talking. And it was so amazing. These kids were like three-year-olds and four-year-olds and they would leave their shoes and you would see hundreds of shoes packed nicely,” she says.

“They are taught from such a young age… and they don’t take what’s not theirs.”

“I had the chance to sit with the advisor of the prime minister and I was asking them, ‘how do you get things so much in order?’ And they said, ‘you know, we teach kids from school. When children finish at school they clean the classes’.”

The famous African was also impressed by the recycling bins available throughout the towns, a bin for every kind of waste.

She also had the chance to wear her own kimono, which she enjoyed.

That first trip gave her so much insight she frequently visited Japan.

The one place she often visits is Kamaishi to support children affected by the March 2011 earthquake and tsunami that tore the city apart.

She has even been given the title of ambassador to Kamaishi City.

Her last visit in March was to Masaka, a central region in Japan, where she was with a Japanese NGO for children called Ashinaga. Her next trip will be in March next year and she is already looking forward to it.

As a UNICEF Goodwill Ambassador, Chaka Chaka has the opportunity to travel to numerous countries, but it’s clearly the land of the rising sun that has marked many a new dawn for the Princess of Africa.

Get the best of Forbes Africa sent straight to your inbox with breaking business news, insights and updates from experts across the continent.
Get this delivered to your inbox, and more info about about our products and services. By signing up for newsletters, you are agreeing to our Terms of Use and Privacy Policy.
Related Topics: #Executive Travel, #Featured, #Japan, #South Africa, #TICAD, #Tokyo, #Yvonne Chaka Chaka.