It has been half a year since 195 countries came together in Paris for the adoption of the first-ever universal and legally binding global climate deal. In short, the accord, which will enter into force in 2020, aims to limit global temperature increases to below two degrees Celsius. While some are skeptical, Adnan Amin, the Director General of the International Renewable Energy Agency (IRENA), is optimistic.

“Paris has made a huge step-change in people’s expectations regarding the reality of energy transformation,” says Amin.

Amin predicts that the agreement will be a turbo boost for the world’s renewable energy sector.

“The political ambition we achieved in Paris was only possible because renewable energy solutions have become mature enough to be implementable and viable,” says Amin.

The growing value of renewable investments prove this. 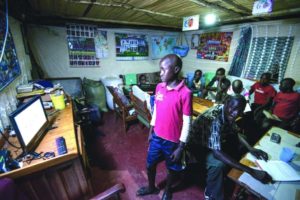 “Between 2014 and 2015, global investment in new renewable energy capacity jumped from $270 billion to $330 billion. This was before the Paris Agreement. In addition, renewables installed capacity has jumped by 120 percent since 2000, and the costs of technology has fallen dramatically.”

When it comes to alternative energy, Africa is expected to be on the forefront of what Amin calls an energy revolution.

“As the electricity demand in mature markets has more or less stabilized, it is soaring in the developing world. The energy demand in Africa for instance, is expected to double, or even triple by 2030,” says Amin.

Amin points to South Africa, Morocco and Kenya as countries to watch.

“The commitment South Africa is making to renewable power generation, and the fact that some projects are delivering solar and wind power that price-wise are more or less on par with coal-generated power, is remarkable.”

While solar PV uses solar panels to capture the sun and convert it into energy, Concentrated Solar Power (CSP) uses mirror structures, known as heliostats, or lenses to concentrate the sun’s rays onto a central point. This concentrated light is converted to heat, and then into electricity.

“South Africa has started to integrate storage components in CSP plants, which is reducing prices even further. CSP is not competitive with coal, South Africa’s main source of electricity, but it is getting there,” Amin says.

“I have spent some time with officials there, going through their procurement process. All I can say is that these processes are some of the most rigorous, effective, and transparent I have seen.” 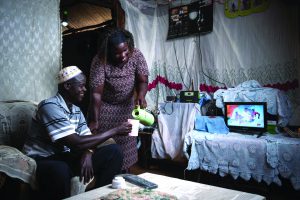 Then there is Morocco, which recently inaugurated the first phase of the Ouarzazate CSP plant. Upon completion, it will have a 2GW power generation capacity.

“Morocco has gone from very little to no investment in renewables four years ago to $2 billion last year,” says Amin.

“The country has produced some of the most interesting wind and solar projects in the world. Their latest utility-scale wind investment is yielding power that costs $0.03 per Kwh. That is the lowest we have seen anywhere so far,” he says. “The government has bene very clear that this was achieved without incentives and subsidies. Morocco is a game changer in Africa, and is beating everyone else hands down.”

Kenya is doing well too.

“We will see geothermal development move very fast, with very cheap base-load electricity. Kenya is also investing in wind, with the wind farm in the Turkana District going online hopefully later this year,” says Amin, referring to the 250MW wind project, which is the largest in Africa.

“Interconnections have been realized and are being built between markets in eastern and southern Africa,” he explains. “If we can achieve integrated markets with strong regulatory frameworks and transparent policy, we will start attracting financing and investment at a scale we have not seen before in Africa.” 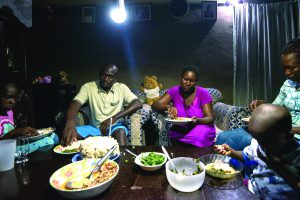