Two boreholes, drilled deep into the Karoo wilderness, have thrown fracking optimism into the garbage can. The core samples go by the mundane names of KZF-1 and KWV. They took weeks to drill and cost $2 million. Between them, they have thrown into doubt the dream of unearthing enough energy to power Africa.

The discovery was made by teams of researchers, from the Karoo Research Initiative (KARIN), who spent more than a year studying the vast wilderness in South Africa.

“The more we see, the more questionable the entire thing becomes, whether it will be profitable or not,” says Wlady Altermann, Head of Geology at the University of Pretoria, who inspected the core samples. 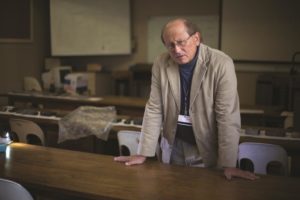 Geologists found there is not as much shale gas in the Karoo as the government and energy companies claim. In 2009, Econometrix, South Africa’s largest independent macroeconomic consulting firm, believed there was 485 trillion cubic feet (tcf) of natural gas – the government and energy companies took this as gospel; it supported the case to open up the Karoo.

In May, research by Selwyn Adams, Principal Geologist at Petroleum Agency South Africa, which licenses onshore and offshore gas exploration, says their best model was 183 tcf.

Now, an even more lean estimate has emerged from Doug Cole, Senior Specialist Scientist at the Council for Geoscience (CGS), a parastatal mandated to research South Africa’s geology. He says there could be as little as 32 tcf, a fraction of the bigger amount that caused all the excitement.

By comaprison, 72 tcf is in Mozambique’s Offshore Area 1, one of the most important natural gas accumulations discovered in the last 20 years. The discovery, made 200 kilometers offshore in the Rovuma basin, alone is enough to add $39 billion per year to Mozambique’s Gross Domestic Product (GDP) by 2035.

“Initially I think they just took the volume of the base and didn’t consider the dolerites. It was obviously much too much,” says Cole.

KARIN was merely studying the geology of the Karoo and stumbled on the evidence.

“We have not seen a rock yet that would produce enough organic matter to produce shale gas in large amounts,” says Altermann.

“The conclusion of KARIN’s boreholes throws doubt into the original claim of the fifth largest reservoir of shale gas. From these two boreholes, the presence of shale gas is questionable, but this does not mean these results will be the same on other sites.”

The dolerites found could make it even more expensive to get any shale gas out. Unlike the shale gas boomtowns of the United States, the Karoo is littered with these dolerites – high temperature rocks – which burn off gas before it can be fracked. 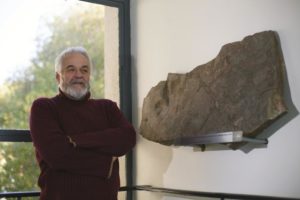 These discoveries are likely to strengthen the case against fracking by farmers, who fear it could pollute water. Hydraulic fracturing, or fracking, uses millions of liters of water with a 1% mix of chemicals, to fracture the shale to release natural gas at depths of 1,500 meters. This could contaminate borehole water used by the farmers.

Unlocking the mystery of the risk to underground aquifers is Kate Robey, a 30-year-old hydrogeologist at the CGS.

“In the 1970s, a South African-based parastatal called Soekor was mandated to find oil. Shale wasn’t even known then. But, during those explorations they did find gas. It is based on this information from the 1970s that we think there may be shale now… It is old data that wasn’t even looking for shale.”

There were questions when Robey, who was on site when KARIN was drilling KZF-1, hit fresh water at 560 meters below the surface. They didn’t expect it.

“The Tankwa site, which went 560 meters, hit artesian water so fresh I couldn’t believe the probes giving me the results. I had to drink it myself. We never expected that. We expected the water to be more salty. It may even be that these deep aquifers are fresher than the shallow ones,” says Robey.

Although Robey says this is an anomaly, finding fresh water in Tankwa throws up more questions about fracking.

“Due to the sparse data we have on deep groundwater in South Africa (based on the Soekor holes) we expected groundwater at depths greater than 500 meters to be saline, which could be concerning if shale gas activities were to continue in the Karoo at great depths. If not properly managed or monitored, and there is interaction between the saline groundwater and the shallow aquifers in the Karoo, this could result in irreversible damage of the water.”

“However, on the converse, now that we found that there was fresh water at such depths, a lot more interesting questions and research needs to be undertaken. Such as can we use this hot water for geothermal energy or even as a future water resource?”

This is why Robey will be digging deeper in the heart of the so-called ‘sweet spot for fracking’ in the Karoo, near Beaufort West.

“We need to get these properties because if ever, one day, fracking does take place, it will prove if there is any pollution from the deep groundwater into the shallow.”

It could take up to 15 years to collect the data. In the researchers favor is the current oil price. The drop in commodity prices has given a vital lifeline for researchers to gather the data before legislation goes through. It needs to be above $70 a barrel to turn a profit from fracking; at the time of writing it is $47.17. 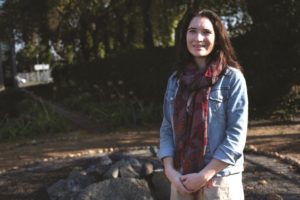 “Let’s get rid of the rumors – fracking won’t benefit the lower class. The actual production through fracking would require high-end technology and expertise, which up to now, is not available in the country,” says Altermann.

“You don’t need people with shovels and hammers. It’s high technology stuff, skilled people will be flown in.”

A fracking future that seems far away.